← back to
Swoon Records 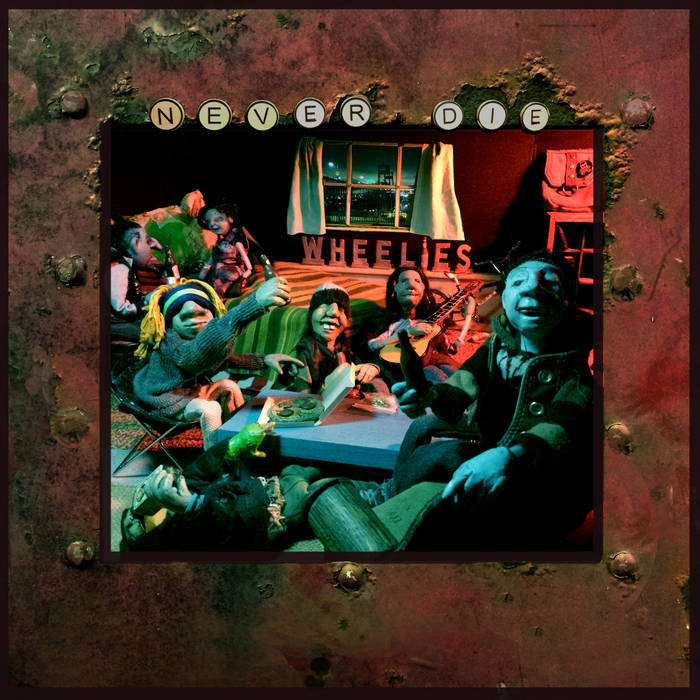 Wheelies have come a long way since recording their early demos on Windows '95. The Tacoma favorites finally deliver their debut LP, Never Die. While the songs retain the craggy charm of those old demos, the fidelity has been raised a bit from “lo.”

Beginning with the tricky stop-and-start of “Judas,” Never Die reminds the listener that Wheelies are at their best when they keep things off-kilter and unexpected. Even as they make fundamentally satisfying indie rock in the vein of the Walkmen and Interpol, Wheelies like to surprise you with unexpected turns.

After releasing his own solo EP, Patrick Doherty returns in fine form with his full band, though echoes of his adventures in folk pop up in tracks like the charming jangle of “Party Dress,” and the melancholy crawl of “Slow Sting.”

On the full album, however, the band works tightly as a unit. Thomas Crow (guitar), Joseph Yohann (bass), and Rusty Trusky (drums), prop up and push forward Doherty's laid-back vocals, bringing him to screams on “Bottom of my Glass” and surrounding him in woozy surf on “Northern Shapes.”

In combining raw emotion with nervy instrumentation, Wheelies have distilled and strengthened everything that made them local music scene darlings in the first place. Never Die is a big step forward, but it doesn't tell us anything we didn't already know about Wheelies: they have been, and continue to be, a band worthy of attention paid.

Bandcamp Daily  your guide to the world of Bandcamp